You need multi-factor authentication. Passwords are no longer good enough.

How secure is your password? If we’ve learned anything over the years on the Internet it’s this. You shouldn’t trust your password. It has probably been compromised. Even if it hasn’t, you might as well treat it as such. These are strong words, but it’s not an illogical stance to take. How good are your password practices? Do you mix case, use alphanumeric characters, spaces, or symbols? Is your password over 14 characters long? Do you change them on a regular basis? Do you recycle them? Is it based on a dictionary word or known item from your life?

Chances are you are not doing at least a few of the points above. Which is why for years I’ve been an advocate of password managers. I’m presently using LastPass, which is the genesis for this post. I’ve used quite a few of these in my day (most recently kwallet and KeePassX. Some are better than others, but almost any is better than nothing. LastPass, however, has particularly impressed me. So what makes it so special, and how can it help keep us more secure?

Like any good password manager, LastPass holds the keys to your life in an encrypted vault. You manage entries in the vault and lock it with a master password. The vault can generate random passwords for you and assign those to entries. This is all par for the course as these things go, and don’t necessarily stand out on their own.

So what makes LastPass so good;

In particular, the cloud synchronization has been immense. Knowing that all my computers can utilize the same password vault, across operating systems and browsers has been huge. With that in place you no longer need to remember your logins, and with that you can generate random passwords uniquely for all sites. Now you’ve compartmentalized your exposure. If someone were to compromise the account you made on that one blog about snorkeling, you wouldn’t be at risk that they could use that same password for your bank. You’ve mitigated your risk just in this one act.

So that’s great but this online synchronization sounds like it might not be that great an idea.

LastPass syncs your vault to their online service.

That is a scary statement, and immediately had me worried when I saw the service. How can I trust that their backend is secure? If it worries you to have your password vault propagated across the Internet, don’t worry it means your self preservation instinct is working correctly. LastPass works around this basic issue of trust through the use of a salted hash. Effectively this means that passwords and form data you populate into your vault, are encrypted client side and only the resultant hash with salt is sent to their online system. LastPass doesn’t know the vault contents of its users only the hashes.

This is an important point because it nullifies one of the biggest issues with password based authentication. The password storage. You could be the poster child for security password best practices, and when the website you’re visiting gets hacked (and left your password cleartext in their database), your password has been compromised. This sounds trivial, but you might be surprised how many popular sites haven’t learned their lesson about storing clear text passwords. I suppose I should also elaborate that the use of a salt is key here. Even passwords that are hashed are vulnerable to rainbow tables, and these are increasingly pre-generated for the taking. The salt nullifies this leaving the stolen password vault only vulnerable to the venerable (and much more time consuming) offline dictionary attack.

“This thing is secure every way you can imagine. And it’s simple,”

So that’s a pretty bold statement, and given the context of the conversation on that linked episode I wouldn’t put too much weight in that. However, it does seem nice that LastPass has a good level of industry analysis and commenting by security folks. It’s not open source, and that takes away a degree of trust in my mind, but the model does seem sound.

Now I should point out that you can accomplish similar ends with other solutions like KeePassX and Dropbox. However, there is a level of trust in your synchronization mechanism and an ease of use factor to consider. Dropbox, in particular, hasn’t had a stellar security record. There are other options (some of them more secure), but with them you may incur costs or complexity which directly impacts the platforms and sync options you have.

I could probably go on, but let’s get to the next point.

The security mechanisms in place around your password vault are all well and good, but they’re not enough. The vault can still be attacked, and now that it’s online and synchronized between all the computers and mobile devices you won means its much more exposed. In fact, a more likely hacking avenue, might not be a dictionary attack against your vault. It’s easy to become lazy and security can be annoying. It’s a PITA to always have to authenticate to your vault, and it’s really easy to check that remember my password button. Sure you’ve got a password on your workstation, laptop, and phone right? Maybe, it’s not the remember my password button, but the keylogger on the malware you didn’t know you had? You’ve patched flash recently right? 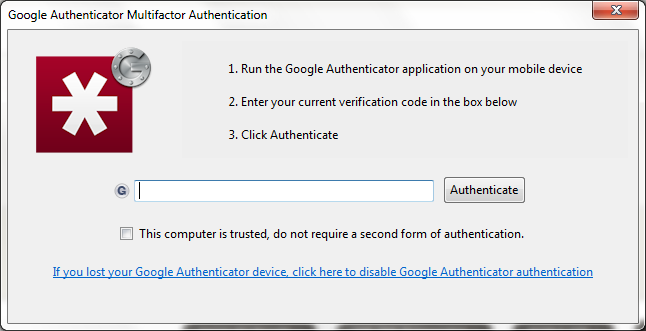 Multi-factor can be a pain, but it’s an additional piece of mind that puts a significant barrier on your identity theft. If you look at the most significant hacking targets (government, banking, online game platforms (steam, battle.net)) you’ll note a generally strong uptake of multi-factor authentication. This is because it is quite effective (although that didn’t stop the RSA hack, but that’s a different discussion). Mobile authenticators on smartphones, USB keys (premium feature), NFC, and the like have done a great deal to make this accessible and easy to live with for everyday usage. A word of caution, you’ll note in the screenshot the checkbox to not require two factor for this computer. You can get into the same remember my password quandary with indiscriminate checking of that box.

What’s the point of two factor if you disable it? 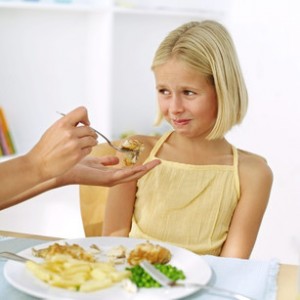 So I could go on and on about the other nifty things. Sharing passwords with a friend/spouse/associate without actually giving them the password or access to the vault. How about, one time use passwords for that time you want to see your vault at Starbucks, but don’t trust the computer to not log your keystrokes? Or how about the on screen keyboard for your password entry (again fighting keyloggers). Instead, I’ll just leave it to this.

LastPass is free and good. Try it, you’ll like it!

My name is Ryan, and I'm a geek. Hence this blog will have geeky topics;

Oh, and there might be an occasional post about hockey, punk, and non-technical stuff. I apologize in advance...